Kalydeco is a prescription medicine used for the treatment of cystic fibrosis (CF) in patients age 4 months and older who have at least one mutation in their CF gene that is responsive to Kalydeco.

It is not known if Kalydeco is safe and effective in children under 4 months of age.

The active ingredient in KALYDECO tablets and oral granules is ivacaftor, a cystic fibrosis transmembrane conductance regulator potentiator, which has the following chemical name: N-(2,4-di-tert-butyl-5-hydroxyphenyl)-1,4-dihydro-4-oxoquinoline-3-carboxamide. Its molecular formula is C24H28N2O3 and its molecular weight is 392.49. Ivacaftor has the following structural formula: 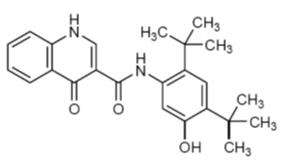 Ivacaftor is a white to off-white powder that is practically insoluble in water (<0.05 microgram/mL).

The in vitro CFTR chloride transport response threshold was designated as a net increase of at least 10% of normal over baseline because it is predictive or reasonably expected to predict clinical benefit. For individual mutations, the magnitude of the net change over baseline in CFTR-mediated chloride transport in vitro is not correlated with the magnitude of clinical response. A patient must have at least one CFTR mutation responsive to ivacaftor to be indicated.

Who should not take Kalydeco?

Do not take Kalydeco if you take certain medicines or herbal supplements such as:

Talk to your doctor before taking Kalydeco if you take any of the medicines or supplements listed above.

What should I tell my healthcare provider before taking Kalydeco?

Before you take Kalydeco, tell your doctor if you:

Tell your doctor about all the medicines you take, including prescription and non-prescription medicines, vitamins, and herbal supplements, as the dose of Kalydeco may need to be adjusted when taken with certain medications.

Ask your doctor or pharmacist for a list of these medicines if you are not sure.

Especially tell your doctor if you take:

Know the medicines you take. Keep a list of them to show your doctor and pharmacist when you get a new medicine.

How should I take Kalydeco?

What should I avoid while taking Kalydeco?

What are the possible side effects of Kalydeco?

Kalydeco can cause serious side effects.

High liver enzymes in the blood have been reported in patients receiving Kalydeco. Your doctor will do blood tests to check your liver:

For patients who have had high liver enzymes in the past, the doctor may do blood tests to check the liver more often.

Call your doctor right away if you have any of the following symptoms of liver problems:

Abnormality of the eye lens (cataract) has been noted in some children and adolescents receiving Kalydeco.

Your doctor should perform eye examinations prior to and during treatment with Kalydeco to look for cataracts.

The most common side effects of Kalydeco include:

Tell your doctor if you have any side effect that bothers you or that does not go away.

These are not all the possible side effects of Kalydeco. For more information, ask your doctor or pharmacist.

General information about the safe and effective use of Kalydeco

Medicines are sometimes prescribed for purposes other than those listed in a Patient Information guide. Do not use Kalydeco for a condition for which it was not prescribed. Do not give Kalydeco to other people, even if they have the same symptoms you have. It may harm them.

How should I store Kalydeco?

Keep Kalydeco and all medicines out of the reach of children.

What are the ingredients in Kalydeco? 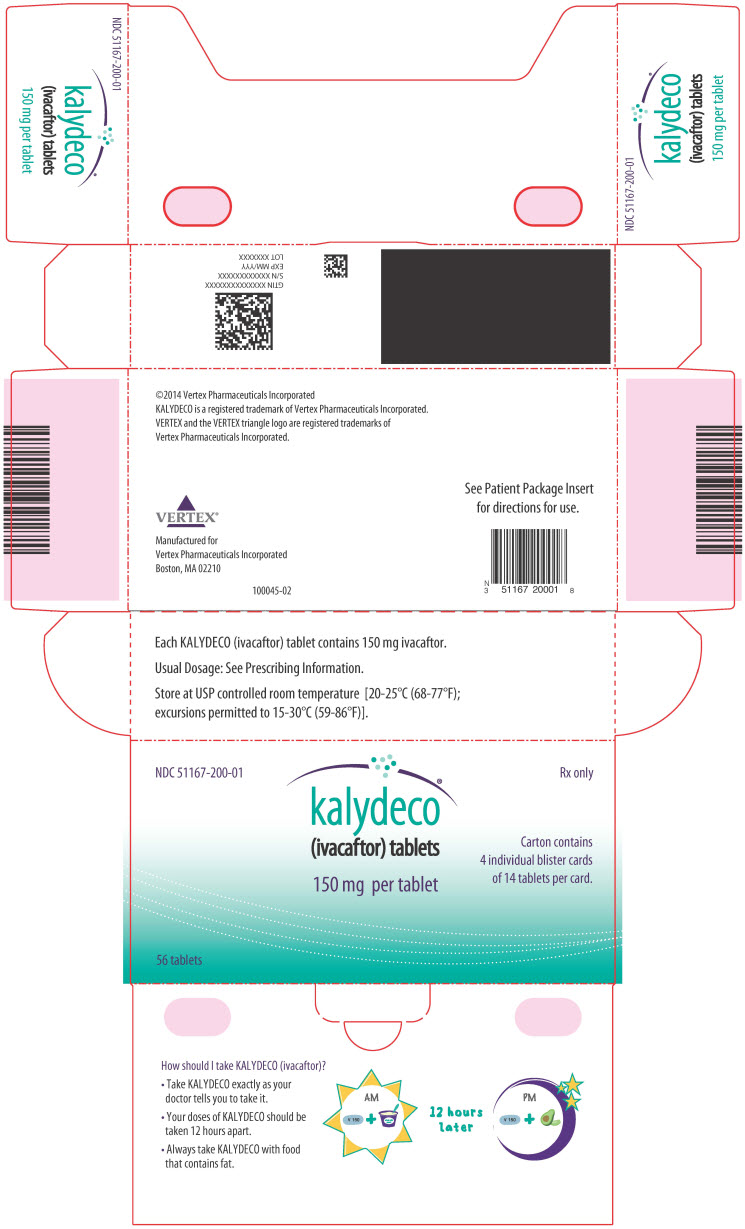