Faricimab-svoa side effects are the unwanted reactions that may be experienced when using this drug.

Faricimab-svoa is a bispecific immunoglobulin G1 (IgG1) antibody that binds to both VEGF-A and angiopoietin-2 (Ang-2). Selected point mutations in the fragment crystallizable (Fc) region of faricimab were used to eliminate binding interactions with Fc and FcRn receptors. Faricimab-svoa has a total molecular weight of about 149 kDa and is made using mammalian Chinese Hamster Ovary (CHO) cell culture and recombinant DNA technology.

Faricimab-svoa is a humanized bispecific antibody that works by binding to VEGF-A and Ang-2 and inhibiting two pathways. Faricimab reduces endothelial cell proliferation, neovascularization, and vascular permeability by blocking VEGF-A. Faricimab is hypothesized to increase vascular stability and desensitize blood arteries to the effects of VEGF-A by suppressing Ang-2. In certain patients with nAMD and DME, Ang-2 levels are elevated. It is still unknown how much Ang-2 inhibition contributes to the therapy impact and clinical response in nAMD and DME.

Endophthalmitis as well as Retinal Detachment

Increase in the Intraocular Pressure

For intravitreal injection. Faricimab-svoa should be administered by a certified doctor. Each vial must be used to treat the condition of one eye.

Injection: 120 mg/mL clear to opalescent, colorless to brownish-yellow solution in a single-dose vial.

Patients should be informed that they are at risk of getting endophthalmitis in the days following Faricimab-svoa treatment. Advise the patient to consult an ophthalmologist right once if the eye gets red, sensitive to light, painful, or develops a change in vision.

Following intravitreal injection of Faricimab-svoa and the concomitant eye tests, patients may experience transitory vision abnormalities. Patients should not drive or operate machines until their vision has improved adequately. 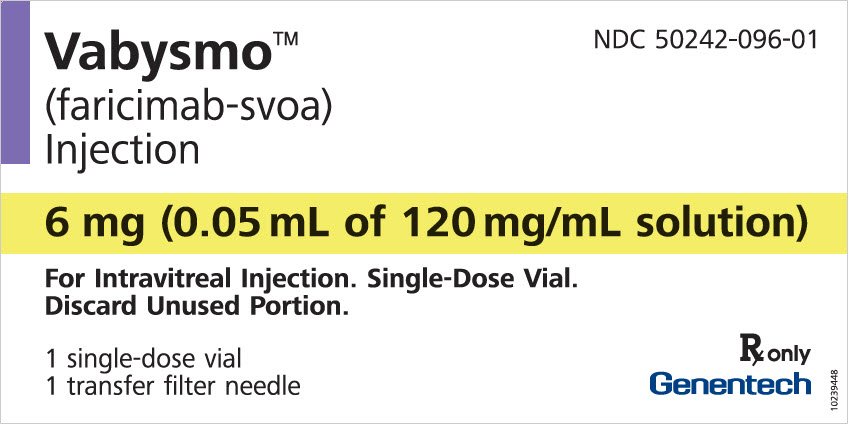